This author has not yet filled in any details.
So far Jay Maxwell has created 1 blog entries.

On May 20-21, I attended the biggest HEMA tournament ever staged, organized by the Achille Marozzo club in Italy – equally the worlds largest HEMA club with over 800 members.

The event was one of the few tournaments to focus exclusively on the sidesword and its companion weapons, and led to some interesting sponsors: such as Thokk, whose design of protective glove was directly inspired by his connection to the organizing club and a desire to provide better hand protection without impairing mobility. Also, the ubiquitous Black Fencer, as well as the awesome and relatively unknown work of Malleus Martialis, an Italian based HEMA bladesmith (check out his Targas!!).

More than 300 participants, averaging around 250 fighters in each category, kept attendees on their toes and a second round of eliminations for those who were beaten in the pools – the prize being reentered into the tournament proper – meant that no one ended up wasting a trip by becoming merely an observer.

The sheer amount of passion and love for the art was on display throughout, each club or even regional chapter having its own chants, colours, traditions and banners; making for an incredibly vibrant and lively atmosphere. The friendly rivalry, I was informed, led to duels and ambushes on a regular basis (including running battles in the streets while dressed as hobbits). All of which keeps the interest and spirit of competitiveness alive and fun between groups dispersed across the breadth of the country.

At the end of the first day, we were invited to join the organisers for a gala dinner at the aptly named ‘Casa Spadoni’ where menus were not provided, but the overworked kitchen staff must have simply emptied everything they had onto plates to feed over 200 hungry sword men and women. The dishes just kept coming, the wine was on tap (literally) and the laughter did not stop.

Foreign fencers are offered a collection service from the airport to the hotel and to and from the event/restaurant, but this was not something I needed to take advantage of being hosted by the inexhaustible Pietro Bruzzi at his family’s country house. Set in the hills near the coast of Cesenatico, overlooking endless vinyards, I spent the evenings depleting his homemade beer reserves and watching the glowworms (fireflies) dancing, while discussing the finer points of blademanship.

The next day it was straight back into the fight, the heavy evening having in no way weakened the lustre or energy of the events attendees. My eyes were fixated on the awards, ceramic medals and trophies. Made locally in a traditional style they really stood out as unique. The finals were hard fought, and the awards well earned, and respect really needs to go to the judges and organisers who presided over the goings on. With ten arenas in use at all times, every fight, from pools, through an exhausting seven rounds of eliminations, to the finals, all had a minimum of four judges, all of whom were not just proficient but also instructed on the weapons being used.

In short, this has now become firmly ensconced as my favourite event of the year, and is indelibly branded into my diary for the years to come. 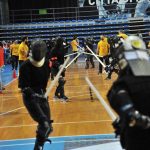 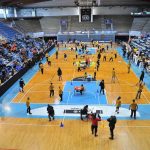 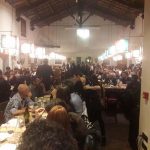 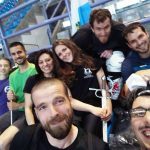