Senior Sots instructors Fran and Lizzie held this event for its second year in Godalming on 17 & 18 March. It was attended by over forty women – several Sots members among them – and all the classes were led by female instructors, including Emilia Skirmuntt who has taught as a guest instructor in Reading (and will soon be teaching rapier again in Godalming) and Maria Makarova: also from the School. Other instructors were Steph West from 1595 Club and TerryAnn Towers St Amand, who led the warm up and cooldown. There were classes in Fiore Longsword grapples, Saviolo Sidesword and Italian rapier.

The second day started with a Q&A panel with the instructors, chaired by Fran, followed by a novice tournament using boffers, and a steel tournament. In each competition there were randomly chosen but paired weapons.

Next year’s event is already in the can, with ten instructors and speakers! Watch this space. 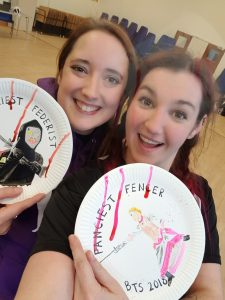 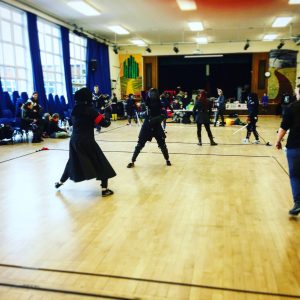 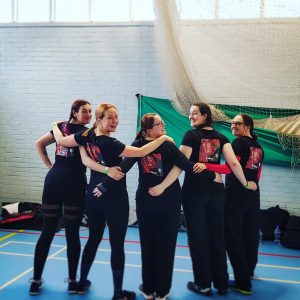 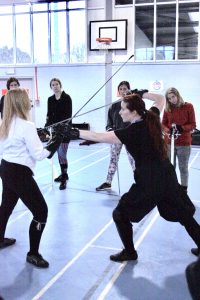